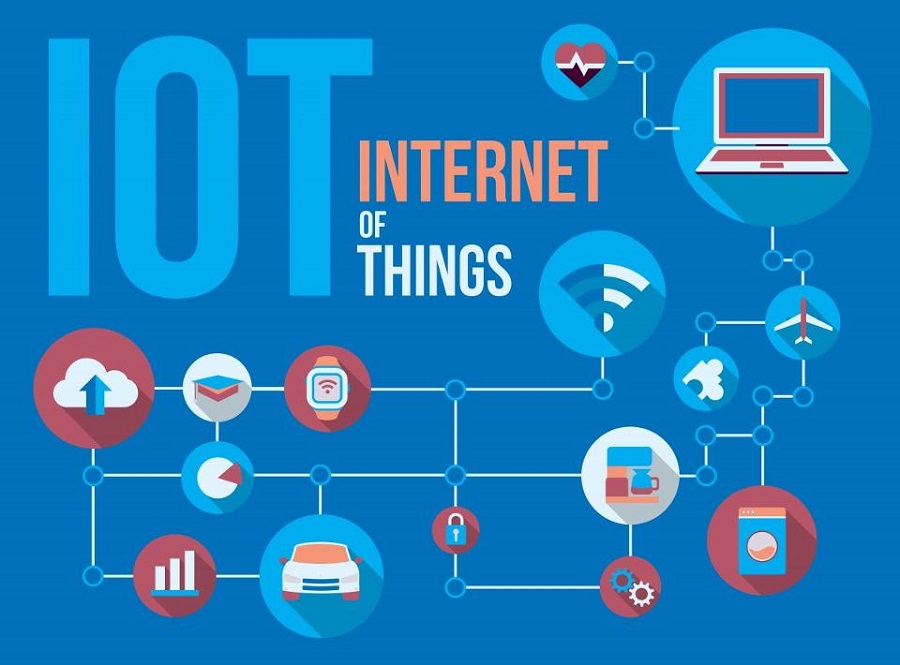 IoT: Terms You Need to Know to Understand the Internet of Things

The Internet of Things (IoT) is a term used to describe a network of smart devices that use the internet to enhance human life. Think of a refrigerator that would let you know when you are running low on orange juice, or an automobile fitted with a variety of sensors that alert your phone when a tire’s air pressure is low. These use cases just two of a limitless number of potential IoT applications.

At heart, IoT is simply the use of various interconnected technologies that let users know something quickly or automate a process that they might have had to do manually in the past. The efficiency gains associated with the Internet of Things are making it increasingly ubiquitous in domestic, industrial, and corporate settings.

If you’re looking to leap into IoT enablement for your organization, there is some jargon you’ll need to know before you begin the process. Let’s dive in to the top ten terms associated with the growing IoT movement.

IoT cloud platforms are customized, cloud-hosted software services that enable IoT functionality and applications. Such platforms are developed by an IoT provider based on a company’s specific connectivity needs, with the elements needed to gather, analyze, and process the data sent by IoT-enabled devices housed in the cloud storage of the IoT provider. Access to an IoT Cloud Platform is typically available through a subscription model in which a company pays the IoT provider for access to the platform they created.

While most IoT applications rely on devices connecting to the Cloud (i.e. an external source) for computing and analytics, technological advancements are now making it possible to carry out those functions on devices themselves without sacrificing budget or efficiency, and also reduces the cost of backhauling all IoT data to the cloud. This ability to perform advanced on-device processing is known as “edge computing.” Consider it the complement to “cloud computing.”

As IoT continues to grow, the mobile industry has adapted by developing a class of cellular technologies to support the needs and requirements of mobile IoT. Specifically, Mobile IoT refers to a lower power wide area or LPWA. These LPWAs will be impactful in connecting new devices that make up the IoT, having the ability to service a variety of industries and applications. Telit is among a handful of industry pioneers currently manufacturing Mobile IoT modules.

An update on traditional Bluetooth technology that allows for a safer and lower cost short range network than previous Bluetooth iterations. This network is commonly used for pairing health-tracking wearables with users’ cell phones and for installing location trackers on common household devices, allowing them to be found when they’re within network range.

An IoT protocol is the language two or more machines use to communicate with each other. These languages contain sets of rules to help them connect to each other as well as decipher each other’s messages and figure out how to act on the signals they exchange. Common protocols include narrowband IoT, LPWA, LoRa, Zigbee,  TR050, MQTT, AMQP (include WIKi Links).

GNSS is a standard term used to describe satellite navigation systems that provide autonomous geo-spatial positioning with global coverage. The ability for a device to have GNSS access means technologies get accuracy, redundancy, and availability at all times. If a connection to one satellite fails, another one can usually be picked up within seconds – often without users experiencing lapses or delays.

A Quality of Service measurement conveys how well a service is being performed. In the IoT realm, the term is usually used to describe the performance of a network in supporting IoT connectivity. Factors included in arriving at a QoS include connection availability, transmission delay, and information loss.

Mesh networks are multi-node structures which connect to each other through multiple routers. These connections are typically direct, dynamic, and not based on an inherent hierarchy, making them agile enough to adapt to various networking conditions in order to more efficiently relay data. Because of their ability to self-configure, mesh networks can recover from failed nodes without the need for external maintenance and can handle a longer range of transmission. These qualities make them a good fit for enterprise IoT applications, which need to remain reliable even at extremely large scale.

A telematics platform is a computer system that deals with the long-distance transmissions of data. An example of this would be the consoles installed in many automobiles that can provide GPS and satellite radio functions.

These terms should be enough to get you started on your IoT research.